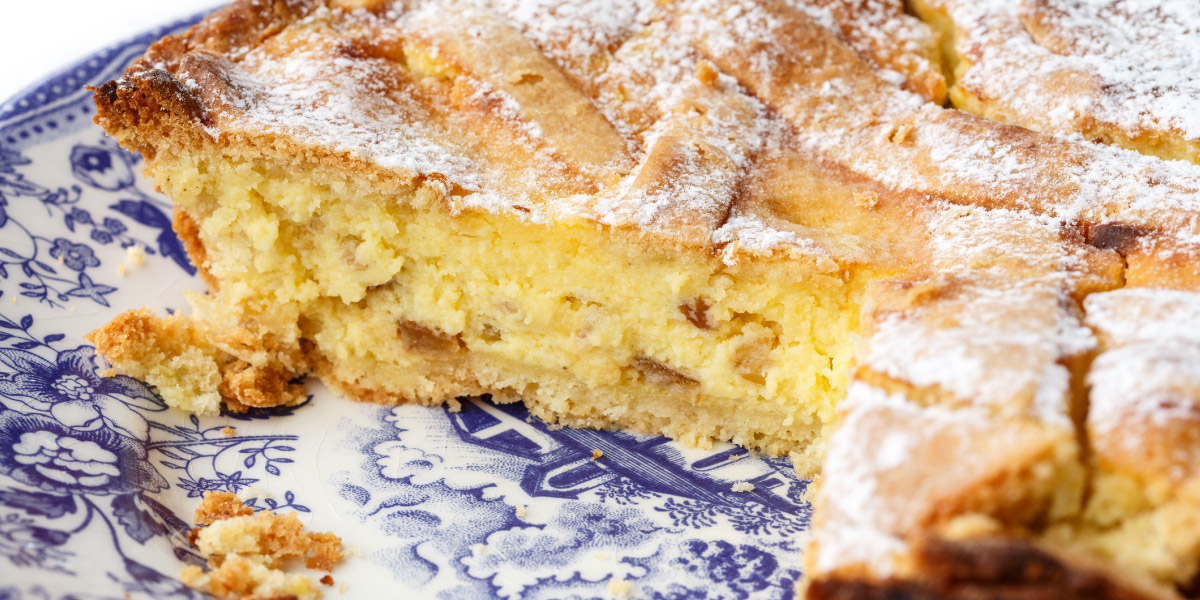 The Neapolitan Pastiera: history and symbolism

When it comes to history and tradition in cooking, you know, Naples is unrivaled. Ancient recipes are wisely handed down from generation to generation and the passion for their roots and for the flavours of the past enrich every anniversary of the year with history.

Today we tell you about a cake born between the joyful sound of bells and orange scents, that is, during the Holy Easter, but become over time so widespread and representative of Neapolitan cuisine that it can be made during every holiday, even at Christmas: we are talking of course about the pastiera.

The origins and birth of the pastiera

There are several legends about the origin of this dessert as old as delicate in perfume and flavor. The pagan version of this cake, similar to a pie,  dates back to the birth of the siren Partenope, who fell in love with our coasts and decided to live here. During the Easter period, she used to look out from the sea to greet the people of fishermen who lived along the coast and them, to thank her, used to offer her this dessert with the flavor of spring.

Another pagan legend says that the wives of the fishermen who lived along the coast had offered gifts to the “sea” in order to ingratiate themselves, and ask them to bring their husbands home safe and sound from their long crossings. According to the legend, in fact, the women left fruits and food on its shores and when they returned there to welcome the fishermen who returned home, they would find on the shore a cake, made by the waves of the sea with the ingredients they had left: that cake was the pastiera, a symbol of prosperity and good wishes, and a sign of gratitude for the gifts received.

However, beyond the charm of myth and legends, the pastiera is a cake deeply linked to the Christian tradition and, above all, to the Easter period. It is most likely that it was in the 16th century that the pastiera was created, in a still unknown monastery, by some nuns who were experts in cooking and who wanted to give thanks to the resurrection of Christ. For this reason, they would have carefully chosen ingredients that would symbolize this joyful event and would have paid homage to it by enclosing it in a dish. In particular, among these we remember: wheat, symbol of the Resurrection because the wheat is buried and then reborn from the earth; eggs, because they are a symbol of fertility and birth and, finally, the orange blossom whose scent recalls the Neapolitan gardens in bloom in spring in the typical Easter period.

You don't have permission to register